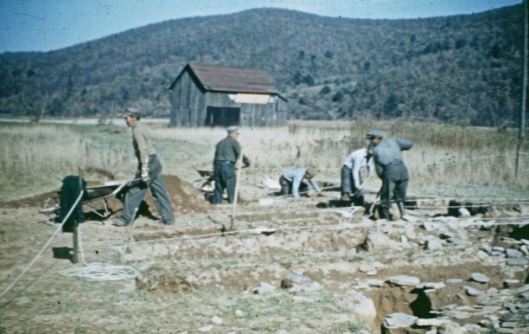 Today, April 5, 2013, marks the 80th anniversary of the day that Franklin Delano Roosevelt (FDR) signed the Executive Order that created the Civilian Conservation Corps (CCC), following legislative approval by Congress on March 31, 1933.  FDR was a firm believer in the restorative nature that the great outdoors had on human health and a person’s psyche. The mostly young men who comprised the CCC would plant trees to restore woodlands—or create them where they did not exist—and build trails, picnic areas, cabin sites, etc. Their goal was to create places where citizens weary of the unrelenting grim news that characterized Depression-era America could escape and commune with nature.  The young men of the CCC themselves benefited not only from hard labor in the great outdoors, but also from the steady meals that were part of camp life—steady meals that were rare in their own homes.  And, their families certainly welcomed the funds each young man was required to send home every pay day.

A digital model of a rim sherd from the Sugar Run Mound and Village site, excavated by Seneca CCC workers.

The nation’s heritage benefited materially from the CCC.  CCC crews built interpretive waysides and restored crumbling ruins across the lower 48 states—although I’ll leave it up to others to assess the accuracy of their heritage conservation efforts.  Sometimes stationed in remote camps, the CCC also engaged in archaeological investigations.  Some work relief archaeology was incidental to other tasks—such as those related to uncovering and exposing historic house foundations—but several significant archaeological excavations were conducted using CCC crews. Sites investigated by CCC crews include: Moundville in Alabama; Pueblo Grande in Arizona; Slaughter Creek Village in Delaware; the Macon Plateau in Georgia;  the Lincoln Log Cabin in Illinois; Jonathan Creek Village in Kentucky; Tchefuncte in Louisiana; Fort Frederick in Maryland; Fort Ridgely in Minnesota; Pueblo Grande de Nevada, the “Lost City,” in Nevada; Morristown National Historical Park in New Jersey; Chaco Canyon in New Mexico; Saratoga Battlefield in New York; On-A-Slant Indian Village in North Dakota; Sugar Run Mound and Village site in Pennsylvania; Chucalissa in Tennesee; Jamestown in Virginia; and the Interstate Park Bison Site in Wisconsin.  Some CCC crews were comprised of American Indians who were not restricted by age, especially in Arizona and New Mexico, although the Sugar Run Mound and Village site excavations in Pennsylvania were conducted by Seneca from reservations in New York.  Probably the most consistent use of CCC crews was as part of investigations related to the Tennessee Valley Authority. 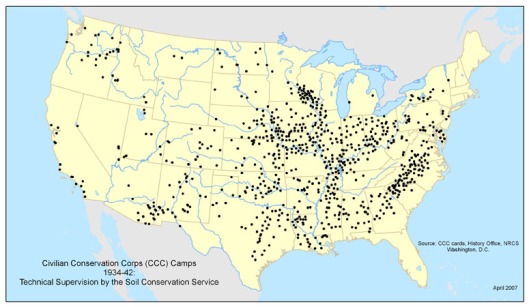 I’d like to close by thanking the members of the CCC who began laboring almost 80 years ago today to reveal aspects of the nation’s past that were previously unknown.  Their work continues to guide researchers to this very day.